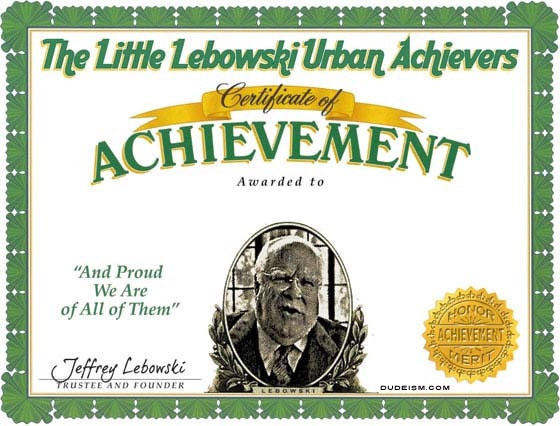 Welcome to the club! You’ve found yourself at this hidden page because you are clearly a big supporter of Local Three.

You’re likely asking yourself: how did I get here? Well, you have demonstrated a level of loyalty and care for our business that gained the attention of me or one of our managers and we thought you’d be a perfect candidate for our group known as the Local Three Little Urban Achievers. What is a Local Three Little Urban Achiever? It’s a group of people, many like yourself, who are incredible supporters of Local Three. It’s people who understand who we are and what we are trying to do at the restaurant. In short, you “get” us and what we are about. We are incredibly grateful for that and want our interaction with you to extend beyond the walls of Local Three or just earning loyalty points on a card.

So we like you. What does it really mean?

In addition to being part of an interesting, varied, often crazy, sometimes sartorially splendiferous group of folks who support Local Three in an exceptional way, there are perks.

We’ll let you know when we’re up to special things here at Local Three. We’ll give you a heads up when we have a particularly rare dish or something we think is really cool. Somietimes we’ll give you an advance invite for an event before it is announced to the general public. Other times we just want to give you a bottle of wine. You know…good stuff, rare stuff, and other various and sundry privileges that we have yet to define.

Periodically, I will be writing to offer ‘something’ that will be available to you and not to the general public. This could be a rare dish or ingredient in limited supply, an intimate winemaker dinner, or an evening with a master distiller. Who knows what we’ll come up with? But, you can bank on us trying to find ways to leverage our relationships with our supply chain friends to curate unique experiences for you.

If there are certain things you prefer or don’t prefer, please let us know. If we can accommodate them, we will make notes and make sure our staff knows when you come in (examples: allergies, prefer patio seating, hates oaky chardonnay, prefers CCFR to the Eagles, wants to know what is new on draft, or the latest great bourbon).

Our management team guards a few prime dinner reservation slots that we don’t post on OpenTable that allow for walk-ins or last-minute phone-in reservations. If you know you are coming in last minute on a busy night, give us a ring. Calling or coming in at 7 pm on Friday night will be difficult to accommodate, but if you know a couple of days in advance you are coming and would like a table at 7:30pm, call (404) 968-2700 and ask for one of our managers. If they are wrapped up, they will call you back ASAP. Let them know you are an Achiever, and they will look you up and confirm your OpenTable profile. You are now marked as Achiever in our system!

DISCLAIMER:  *If we are unable to accommodate you, please believe us, and know we will always bend over backwards and do our best.

When we have an exciting event coming up, I will typically e-mail Achievers first to make sure you all know before the general public. At times we will offer you financial benefits not available to our general guests.

It could be a new Atlanta restaurant on my radar or a new dish I am geeked out about. I may want to give you a heads up on a great dining experience I just had or a new gem I’ve discovered. If you are going to Charleston, NYC, San Francisco, Oregon, California Wine Country, Italy, or anywhere else, let me know and I’ll do my best to give you or lead you to some great recommendations. If we have strong relationships wherever you are going, we’ll do our best to leverage them in a way to make your experience unique and special.

Trust is everything in fostering a genuine, long-lasting relationship. The primary ingredient to trust is transparency. There may be times we share with you what is going on behind the curtain to either inform you or get your feedback. We may also survey you on topics we are sensing to be very relevant to our business and ask for your help in assessing the value they bring to our guests and the community at large.

Direct Feedback: If there is anything we can improve on or learn from your past or future experiences, please let us know. If you see or experience something that doesn’t meet expectations, please let me know. I/we care deeply and want to emphasize that we take it to heart and that is such a valuable resource for us to improve and grow. You are a line of defense for us. The silent killer of any restaurant is when a guest says nothing because they don’t want to tip the apple cart. We tell new staff that we don’t hire mystery shopper services because of the number of people we call friends who dine with us and will let us know when we fall short. It is priceless.

Help Us Help Others

This may not exactly be a “perk,” but there also may be times that we ask for your help. This might take the form of asking for your help raising money for a cause very dear to our hearts, the 501c3 we founded back in 2013 called The Giving Kitchen. If you are interested in learning more or staying in the loop with TGK please visit TheGivingKitchen.org.

Help You Help Others

I know many of you are also very involved with community causes and we respect and appreciate your own service to the world. Due to the nature of our business, we are approached nearly daily with requests to give back. We had to create a process to help manage these requests in an effective way, but also weight them against the critical factors we focus on as an organization. Most of our efforts, time, and resources go to The Giving Kitchen, but we still budget a lot to continue to support the many great causes that are part of the essential fabric of our community. Feel free to ask us for help at any time. We will always try our best to contribute.

For those of you embracing the only way you’ll soon be able to communicate with a millennial, you can stay in touch on Instagram with the handle @whiskeychef. If you are a millennial or newer to the planet, you know the drill. We also have the Local Three Facebook Page which is stays active with things of interest or humor.

So welcome to our “inner circle” and thank you for your amazing support. I/we are so very grateful for your support. Hope to see you soon and remember, THE FOOD ABIDES,